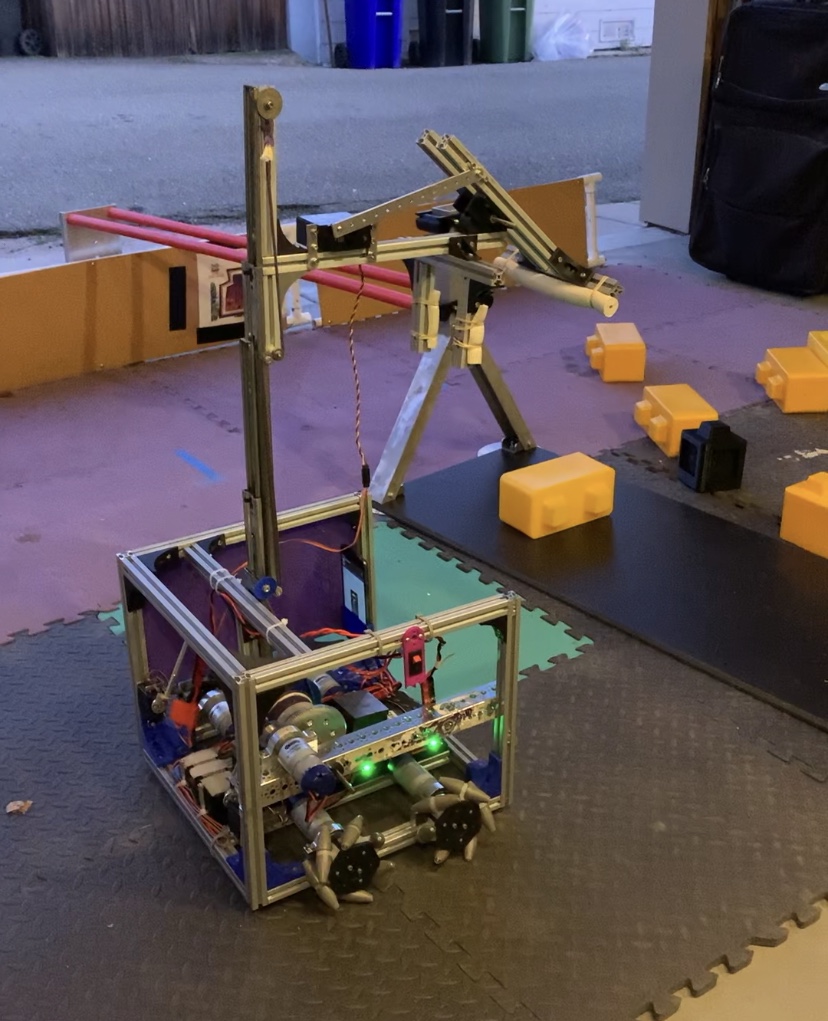 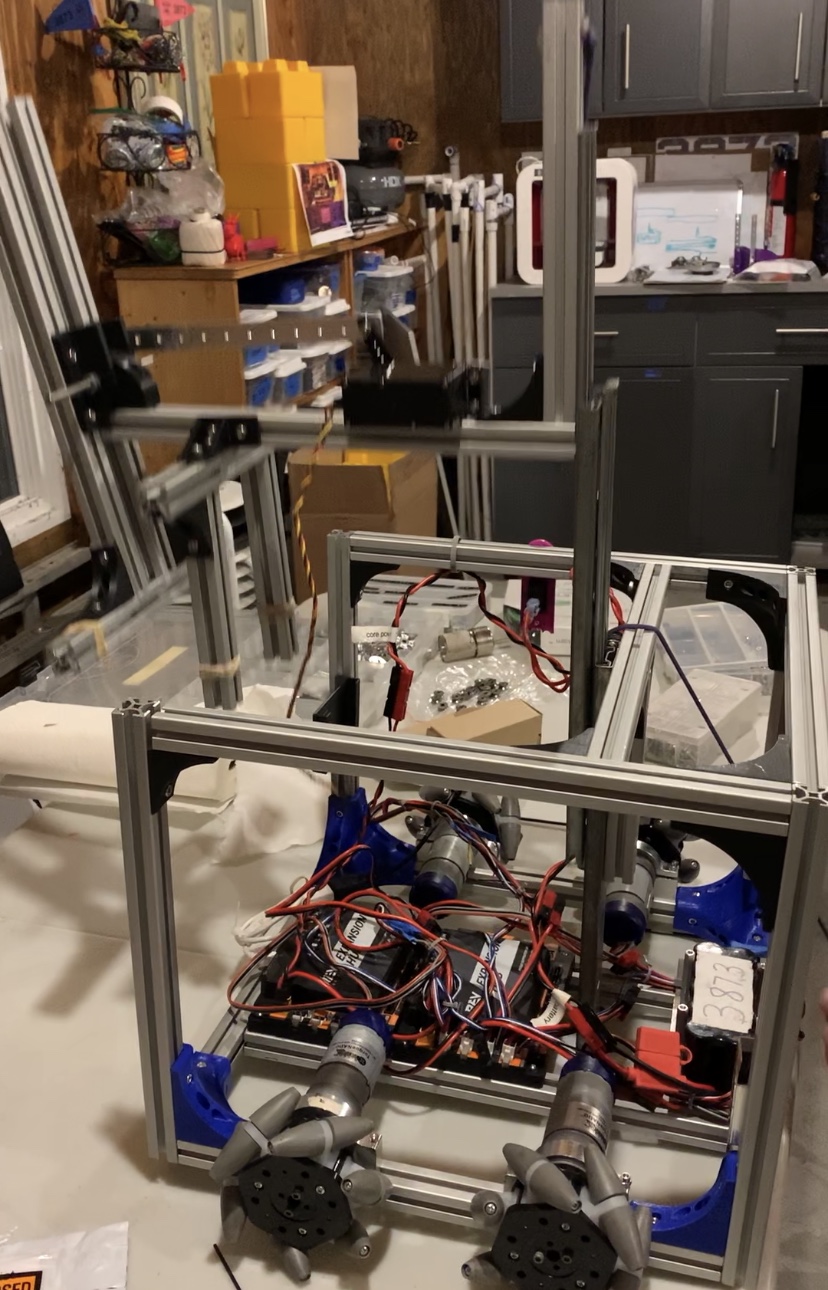 Scotbotics decided to name our robot the John Quixote (nicknamed “John”) after the Spanish tale of Don Quixote and our Honors Chemistry teacher, Mr. John Savage. Created in 1604, the story of Don Quixote surrounds a man becoming incredibly entranced with the idea of chivalry and adventure that he decides to enter into the world of knighthood and open his imaginative eyes to the world around him. With his partner-in-crime who compliments his personality, they venture into , so our robot acts as a tribute to the iconic piece of literature.

John Quixote competed in the 2019-2020 FIRST game, Skystone and is designed to travel in the arena, open its arm, grab the stones and move them onto the foundation. It can raise its arm and stack the stones up to five high. It can also utilize its foundation puller to tug the foundation into and out of the building site. However, John has not always functioned with this much grace and our team has had to make adjustments. The robot utilizes many different 3D printed parts that each went through several iterations before arriving at a satisfactory design. The team has hundreds of CAD files allowing a wide variety of customization and swapping for final designs. Before settling on our current design, Scotbotics created three robot designs, two of which were named the JohnBot and Don Quixote. We decided to settle on the John Quixote since it was a mix between the two designs and allowed us to have both a sleek, and mechanical design and smooth functioning movement. Fun fact about robot: Scotbotics has several hundred CAD files on John Quixote, and many of the parts of the robot are made from 3D printing.