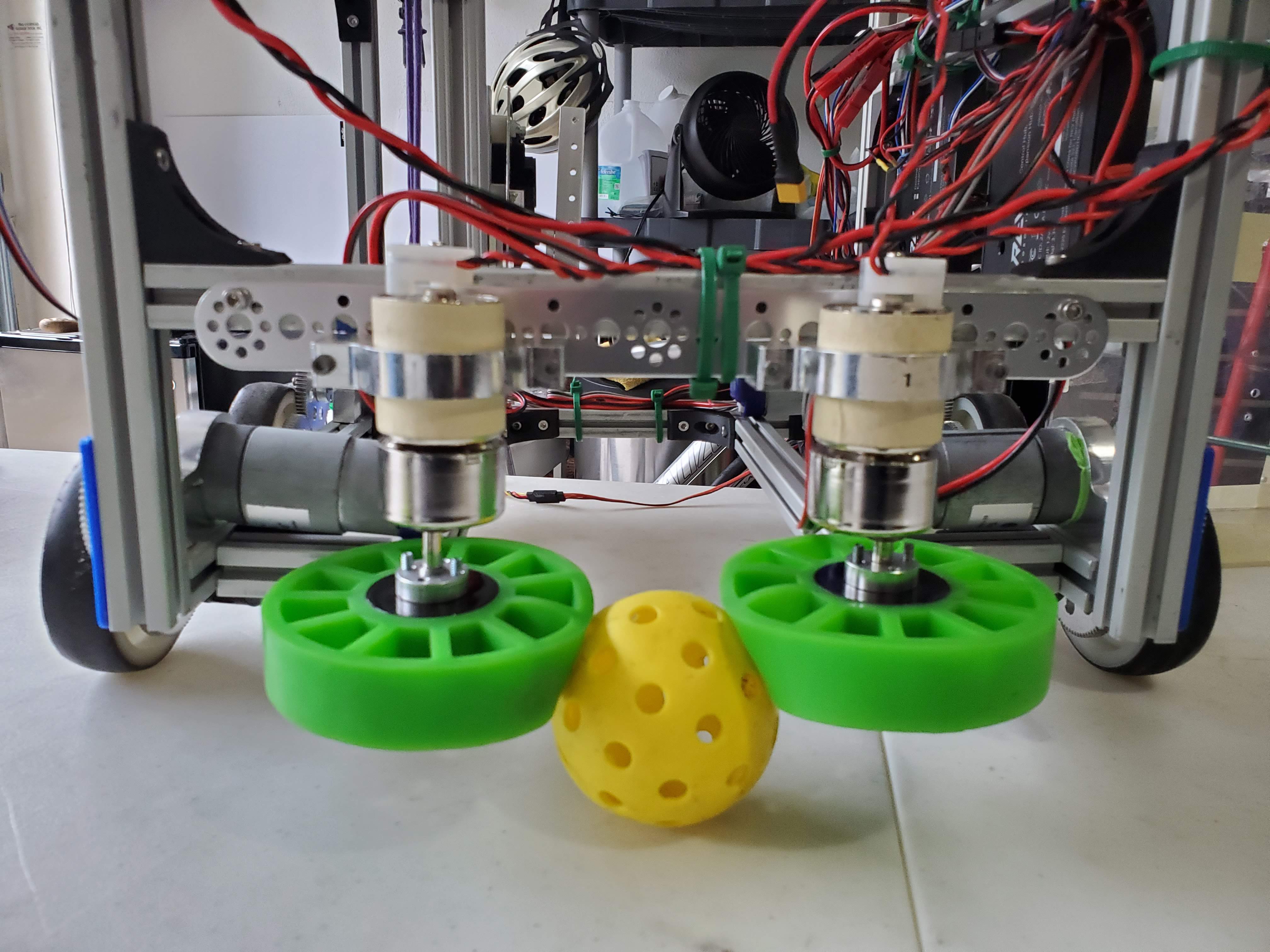 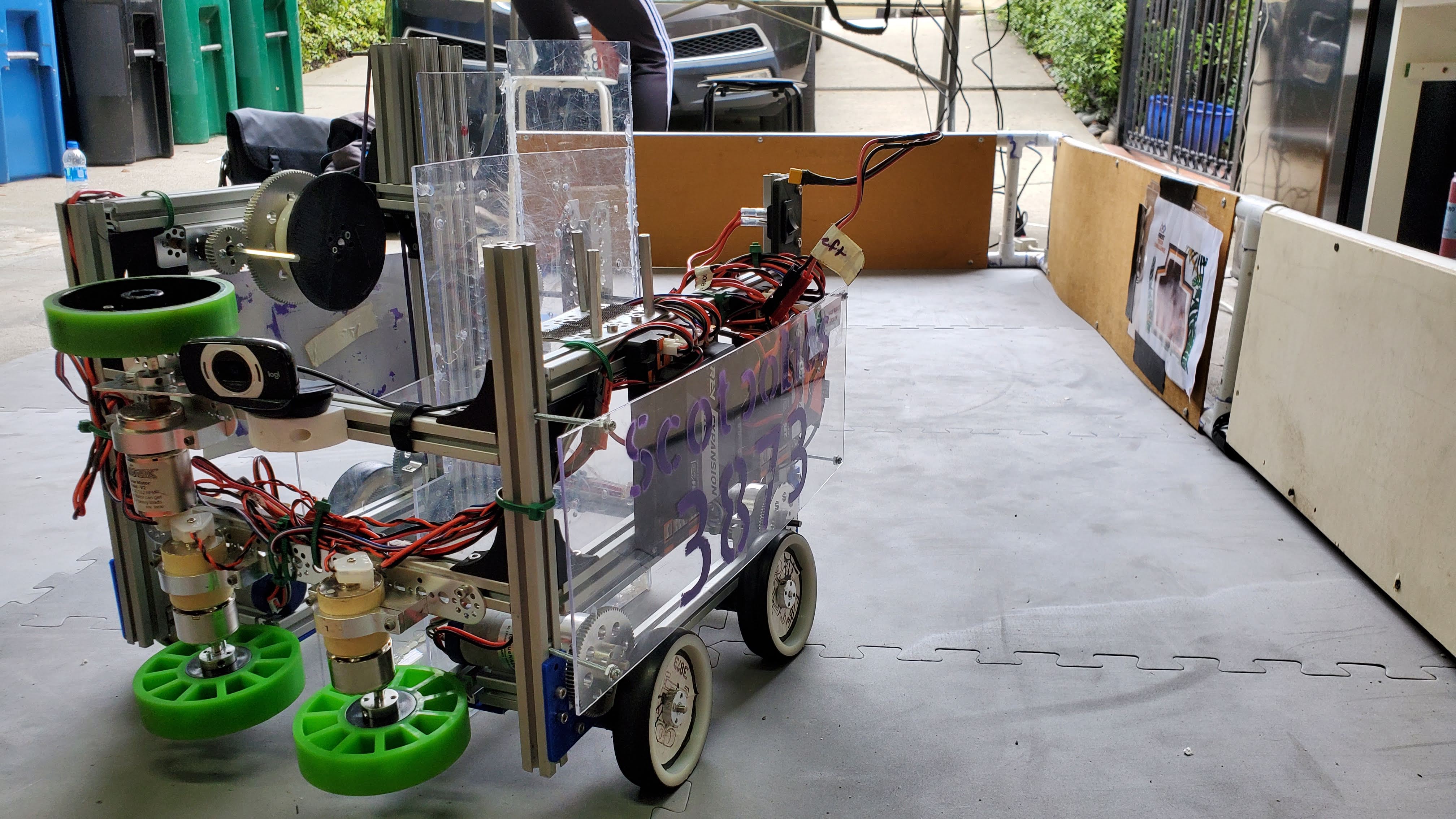 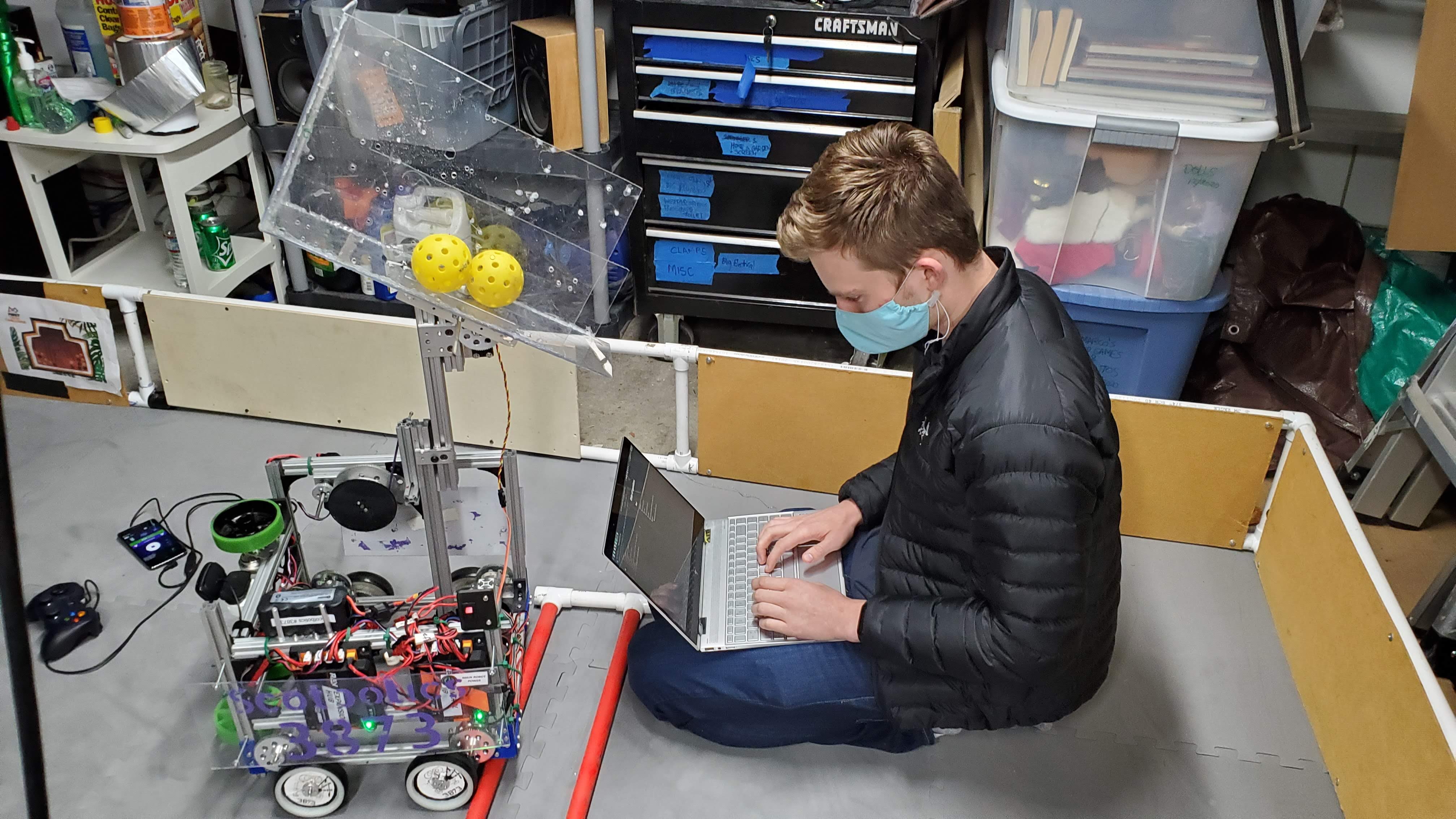 After skipping the 2020 - 2021 due to the COVID-19 pandeming and not doing much in the meantime, Scotbotics decided to make a return to FTC with a new robot, Scotbot.

The Scotbot competed in the 2021-2022 FIRST game, Freight Frenzy and is designed to travel in the arena, intake the cargo with its two rubber wheels, and raise it in a plexiglass scoop which turns to dump it in the "chocolate fountain thingy" (officially referred to as a "Shipping Hub"). Throughout the season, the Scotbot went through many refinements to get to its final state. The largest of which reduced the scoop to nearly half its original size, moving the intake to the middle of the robot to accomodate for the new size. 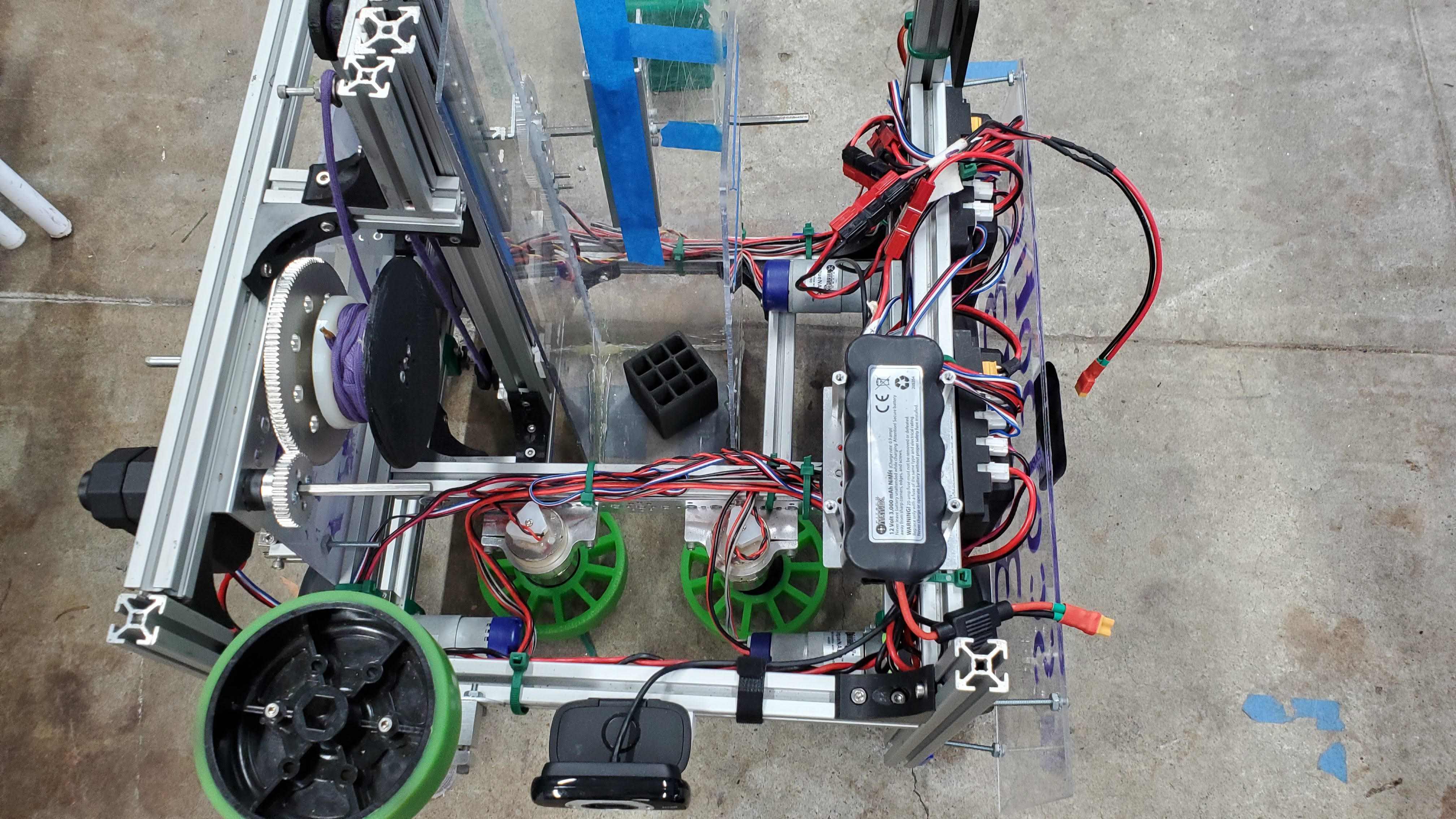 Additionally, we installed wider axle-mounts that were in the in the cad files for The Opportunity. The new mounts were wide enough to have a bushing in both sides, which fixed the wheel-tightness problems we experienced throughout the first tournament.